The redevelopment of the nineteenth-century Yorkshire Brewery, by developers SMA Projects and architects Hayball, has been an important step in the reimagining of Collingwood as a more densely populated inner-city suburb. And like so much of the great architectural work happening in this area, it required a deft balance between retention of the historic character of old industrial buildings and provision of private and public amenity befitting modern Melbourne. 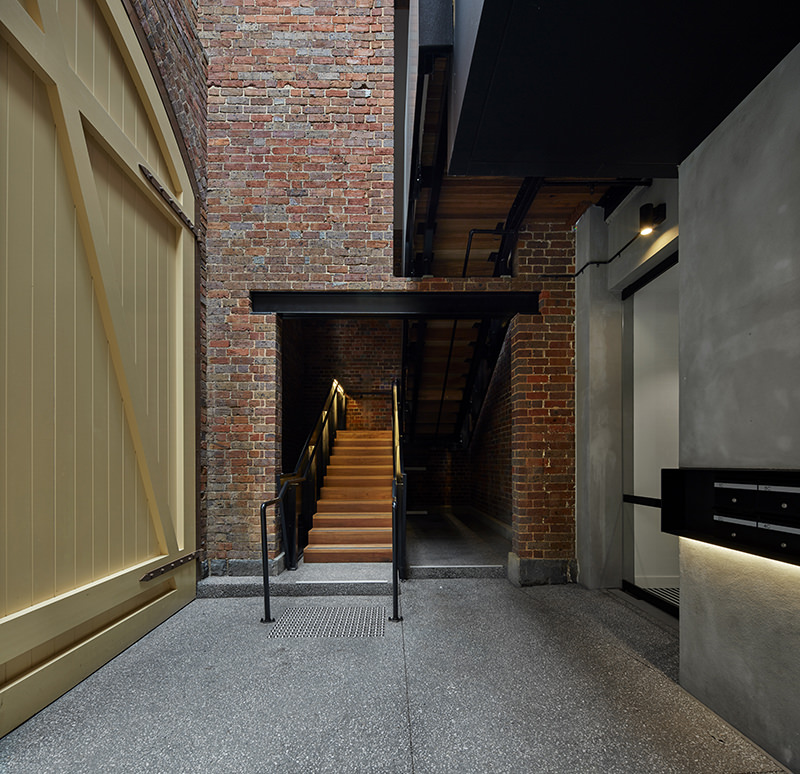 Inside, Hayball has created a beautiful contrast between the old brick and new insertions.

At the centre of the development is the grand brewery tower, built from brick most 150 years ago but, more recently, left to deteriorate. McKay Joinery was brought in to the project team because of our expertise in the fabrication of timber doors and windows for heritage-listed buildings. Our specific task was to make new replacements for two massive timber entry doors at the base of the tower. 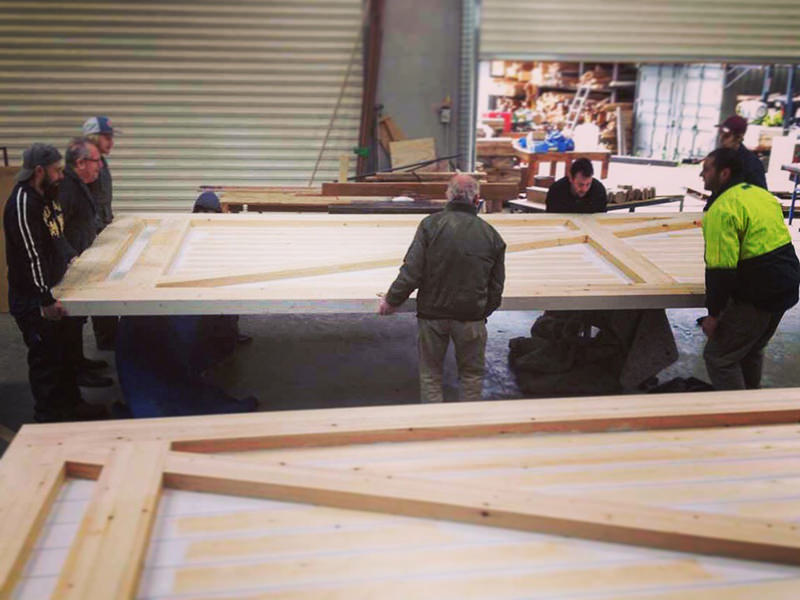 In the workshop, it took seven men to lift and carefully manoeuvre each door.

Crafted from solid Baltic pine, the doors were so big, it took seven men to lift each one. And now that they're installed, they provide a formidable point of entry for residents and visitors. But they also play an important role in restoring the brewery tower to its former glory, and adding to the texture of old and new elements in the Collingwood streetscape.

Photography of the installed doors by Peter Clarke.